So, the real question is, does this Marginalia bit work yet?  The in-reply-to includes a fragmention here :)

With the new #devopsdays Boston sweatshirt, I may finally retire the 12 year old Data-Angel sweatshirt.
This is another test to make sure I didn't break my micropub endpoint with recent updates.
This is an initial test of a nost posted via Quill (quill.p3k.io). Lets see if I have all the bugs worked out.

So you may notice development picking up again.  I finally said "to hell with windows" and put Linux on my laptop.  Now first, a little background.

I pretty much exclusively use Linux.  My home computer is Funtoo Linux (a more up to the minute variant of Gentoo).  And my work computer is Ubuntu (I would have used Gentoo or Funtoo as well if it weren't that I was already installed for me).  So why did I have a Windows laptop?  Well a few years back I started a consulting job and screen sharing in to some ridiculous machine on the other side of the country basically requiring a Windows machine with a large screen.  Thus I came to own this beast of a laptop.  As a side note, I hope I never have to deal with Microsoft Sharepoint EVER AGAIN.

Two years ago I stopped that consulting job and since then this laptop has basically sat unused.  It did however come in handy whenever I just needed a Windows machine.  Minor things usually, but over the last few months that has dwindled off to almost nothing.  So I decided that since I really don't want to deal with rebuilding everything on a laptop, I'd just go with something simple.  I set aside several hours for install and set up the new system.  My impression of the whole process was "WOW. They have made this easy now!"  The install was fast and painless.  It knew I was installing on a laptop.  It connected to my wifi and waited asked me if I wanted to just do all the system updates as it installed.  It even knew that I had a Windows 7 installed and asked exactly what it wanted me to do with it.  Now, to be honest, I did cheat a little.  I did not use a CD and instead just DD'd the image on to my flash drive.  So there was no lag at all in the install.  By the time the few hours were up I had just about everything set up, more or less how I wanted it.

So that takes us back to now and a laptop has basically become my IndieWebComp-uter.

So now that I have a development platform, I have a laundry list of items to get through in the code.

Obviously the site needs some design work.  I think I'm just going to go back to the method I had originally planned and will just have two streams on the home page, The first will have images and notes only and will be on the left.  The right side will be larger and designed for longer form posts.  Future types will have to just be classified to either side.  But all that falls under templates.  I certainly welcome any contributions on that front.

Next I do plan to do a ton of work on the administration pages for openblog.  This work somewhat depresses me since its all work that won't really be seem by site users, but it really needs to be all sorted out.

Life is hard for a papillion 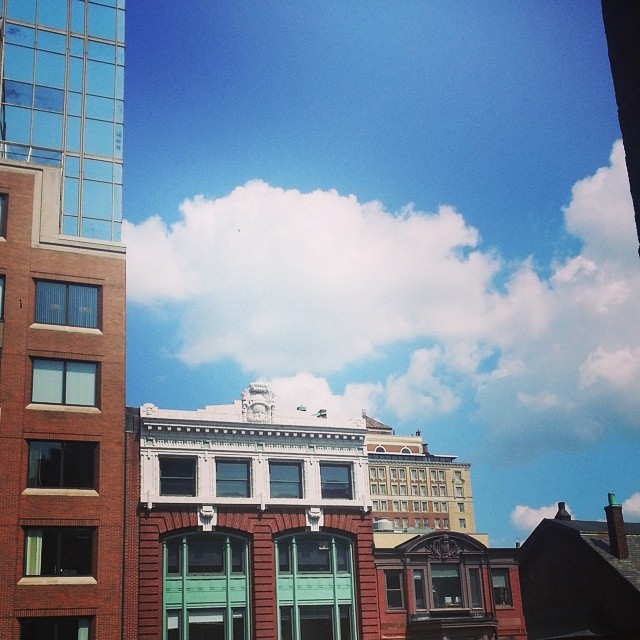