That is the dream. One day I think we will get there, but its going to take people pushing the Facebooks and Twitters to embrace such a system. Facebook has been going the opposite direction with its API and has killed off a number of things making it harder and harder to interact with.
@mycokerewards after not entering codes in a while i log in to see all my 2300 point are gone!? Bad form.
There lies a great sound and between two great hills it can be found. Each hill is adorned with its own town. And those two towns across the sound disliked the other with complaints abound. They would range from complaints of a hound in the town that would howl far too loud and the sound would echo across the sound. The other town would complain that the town had far too many ships in the sound causing their own ships to sail round and round waiting their turn to enter the sound. Some of the younger people had found they could make friends across the sound. They would meet on an island that centered the sound. One day the children from either town were playing and fooling around. They chased each other around and back and up and down. And as one child had wound round a tree, He tripped on a mound and suddenly found he was being launched into the sound. Oh the splash and subsequent yelling made such a sound it could be heard for many a mile around. Many people came rushing to the sound to see what was the terrible yelling around. The boatmen saw first and quickly rowed the island in the center of the sound. But what they found was that they were too late; the child had drowned. And as the news travelled the people all frowned for they all knew the child who had drowned. And when they finally put the child to ground so many came from all around. The held the service on that very island and they found that the crying and wailing did resound in the sound. And in a memory of that very child the feud was ended, relations were mended, and there was finally peace all around.
If they have any questions, I and others are available on freenode IRC. #indiewebcamp
@elloworld for example, look at http://werd.io/2015/two-years-of-being-on-the-indieweb comments and likes from around the web
@elloworld any chance of supporting @withknown or other indieWeb Tech?
Wrote my hundred words but i an not actually posting immediately. Taking the time you write it all out and edit first.
Why do we say tickled pink? Why is envy green?
Why do people think I'm red when I'm mad or mean?
Does being sad and lonely really make me blue?
Does my current state of mind really change my hue?
Why are bad guys all in black, while good guys all wear white?
And things are always sort of gray when you aren't sure whats right?
What will people think of you if you've got multi-colored skin.
Will they tip their hat and smile or will they laugh and grin?
Purple can mean you are regal, if scared then you are yellow
But what will people really think of a pink and orange fellow
A green thumb is good with plants, red handed, caught being bad.
But what exactly does it convey when hands are teal and plaid?
These are the things that I now ask ever since our class trip
to the tie-dye factory and that big dye vat slipped. 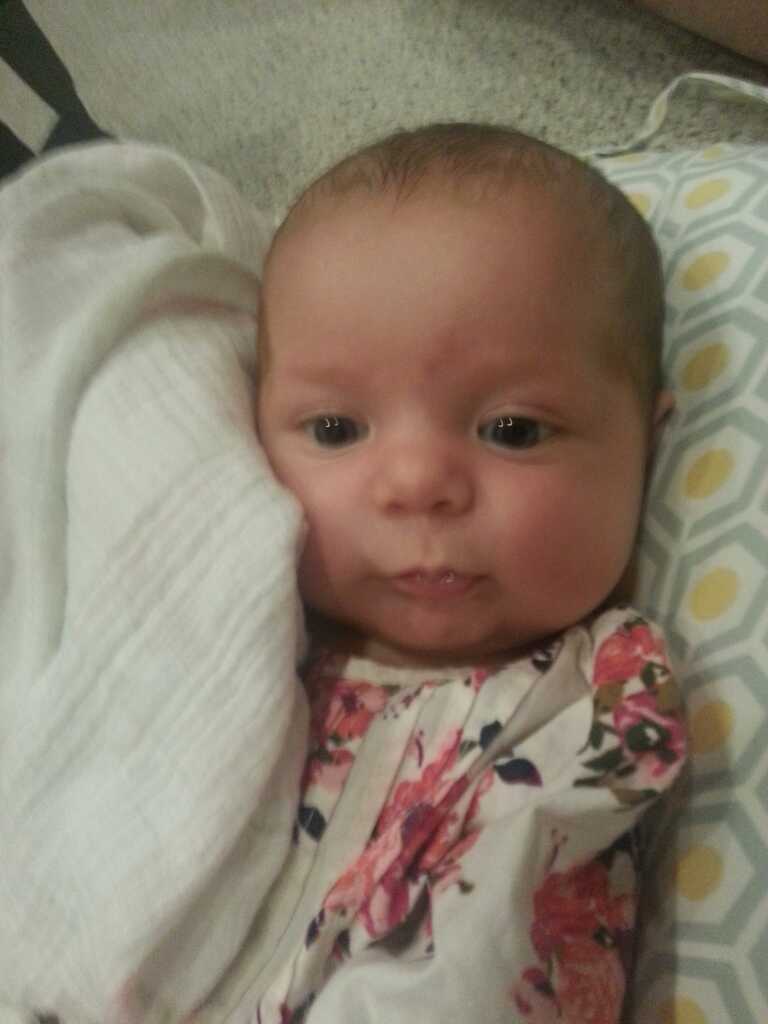 My name is Herbert the hermit crab and I live here in this shell.
It has everything I could need and I live here quite well
I do not like to leave my shell as it's the safest place for me.
I block the doors with my claws and there's no entry
But there is one big disadvantage to this sheltered little zone
And that is that I spend my days feeling so alone
No friends will ever visit since I haven't made a one
And playing games without a friend isn't very fun
But I am growing quickly and I'll soon outgrow my shell
So I should search for a new home and a friend as well
This shell is too wide, the shell is broke, and this one is too thin
Finally I find one just right and shut myself right in
No friends this time I guess that this really does confirm it
I'll never make any friends living like a hermit
We came to this shop to eat
My very favorite summer treat
Now to choose my ice cream flavor
A joy I thought would never waver
Strawberry or chocolate, yum
Maybe try some bubble gum
Vanilla bean, pistachio
But this list has lots to go
Candied corn sounded sweet
But then there is smelly feet.
Coffee crusted candied crab
Blackened cod or taxi cab
Fudge and pickle elderberry
This list is getting kind of scary
Sea salt swirled chicken wing
Antelope with onion ring
Caviar caramel crunch
I think I'm going to lose my lunch
Malted mushroom, sweet sardine
Candied yam, peach praline
spinach mixed Asparagus
I stopped right at octopus
All the flavors I could try
No thank you and goodbye
I cannot eat this soup, mommy
No, I won't touch it one bit
It will never reach my tummy
Right in this bowl it shall sit

I'd rather eat a mound of goop
Or a whole dune of sand
For when I tried to sip this soup
It tried to eat my hand
My mind is blank.
Yes blank.
I think I thought an important thought but that was yesterday.

You see my mind hadn't had time
to think a thought, for good or for naught, in so many a day.

But then I had a very good thought
and now I have taught
my brain a trick for remembering things anyway.

So that at the end of the day
my mind may be blank
but my page isn't
and my thoughts are all okay.
There's been a mix up at the zoo
And no one knows quite what to do
the turtles say nay
and the zebras turned grey
And the monkeys are now turning blue

There's been a mix up at the zoo
The chameleon, oh how he grew
he's as big as a house
but still scared of the mouse
who runs faster than the emu

What has gone wrong at the zoo?
How'd this happen? We haven't a clue.
The gates have all shut.
They tried their best, but
Nobody knows what they should do
The Jungle

I have a jungle of my very own, I explore it all through the day,
All round the clock
turning up rocks
Hey, I just found someone's sock
I guess its not quite so unknown, in this part of the jungle today.

I have a jungle not far from my house, but my mom doesn't like it none
I sneak out the door
and proceed to explore
my jungle is never really a bore
One day I even found a mouse, of coure it was only a stuffed one

When I awoke this morning at nine, and oh it was such a bungle
my jungle is gone
dad went out at dawn
he destroyed it, he went and mowed the lawn
and Mom just said "Its about time, it had grown into a jungle"
Continuing my Shel Silverstein inspired poetry...

The trees don't scare me, one bit.
They don't frighten me at all.
They are lovely and green and wonderfully tall.
And the colors they show throughout the fall.
They house all the birds with their lovely call.
And they grow lots of fruit, both big and small.
Why should they frighten me at all
Even when it's this dark outside?

And what are those eyes gleaming in the moonlight?
Probably just an owl about to take flight.
Or maybe a bat out for a bite.
They shouldn't frighten me at all...
Right?
The trees don't scare me, one bit.
They don't frighten me at all.
They are lovely and green and wonderfully tall.
And the colors they show throughout the fall.
They house all the birds with their lovely call.
And they grow lots of fruit, bothvbig and small.
Why should they frighten me at all
Even when it's this dark outside?

And what are those eyes gleaming in the moonlight?
Probably just an owl about to take flight.
Or maybe a bat out for a bite.
They shouldn't frighten me at all...
Right?
I was told recently that just writing reactionary content was not "in the spirit of the 100 days challenge." To that I say bullshit.

For me the point of the challenge is two fold. Firstly it is to be social. I am working to define the future of the social web, it's rather silly to not be using ny site constantly, trying to be social. Second, the point is top use my site. My site is always in need of work and the more I use it the more I find things to fix.

Actually, after yesterday's Silversteen inspired poem, I am thinking about sifting to a lot more poetry.
One Hundred Word Poem
By Ben Roberts
And yes, I count those.
Starting out a silly thing and seeing where it goes.

The hardest part is always trying to make it rhyme.
And that is why I went ahead and just rhymed rhyme with rhyme.

Seuss cheated with his words by making new ones up.
But I just find that so simplistic and a little flizzerup.

To drive some readers really mad, throw in an unmatched part.

And so I'm getting near the end and running out of time.
But sadly, I only reached a count of ninety nine.

Fin.
There are still a ton of things I want to add to Postly (what I call the software that runs this site). I have something of a running list and I honestly cannot keep up with it. One of the next features I really want to add is getting reposts working well. Twitter has 'retweet', Facebook has 'share', IndieWeb has 'repost'. The really tricky, but also somewhat fun part is getting the look of it just right. Do you pull in the HTML or just the text? Hint, displaying HTML from another site opens you up to all kinds of security issues. My real desire on this task is to get the ability to really show what other people are saying. But suppose I want to comment on it. Once you start adding commentary, things get a bit weird. Are you just citing them and commenting, or are you reposting? If you only include part of the text, you are clearly just citing, if you include the entire original post its a reposts. If you include the entire original post, and then comment its.... both? These weird little corner cases actually convey a significantly different intent when reading. I really need to think carefully about what I really want to get out of it. There are so many options when it comes to these fine nuances which is what makes IndieWeb so excellent. You can all have your own way to make your system, and we still all place nice together.