Audio Test audio
This morning I was picturing Christopher Walken reading off words from Eminem. 'Two... Trailer park girls, they go 'round the, outside. Round, the outside. Round the outside.' or 'I know that you got a job, Ms. Chaney, but you husband, it's his heart, and y'know, its... its complicating' . Really random things make me laugh.
Just passed Attleboro and the train is fairly full. Does Keolis understand capacity planning? 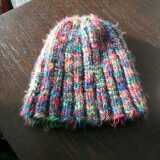 Hat Complete!
Ugh. MBTA takes forever again. Actually the words "I take the commuter rail" alone illicits laughter
It was held because I use Webmention + Vouch. I have since added you to my whitelist so you will always get through.
MBTA canceled the trains before and after this one, then sends only a half size train. People at hyde park ate going to get turned away again I'll bet.
@Meetup support for #indiewebcamp RSVPs would be an awesome way to join events.
@Dribble Ever though of allowing the outside world to follow and like your users content? Join us at #indiewebcamp https://indiewebcamp.com/2015/Cambridge
@elfpavlik If proven for the general case I would certainly consider it, but http://en.wikipedia.org/wiki/Proof_by_example
@elatable Ever thought of making G+ #indieweb friendly? Come to an indiewebcamp someday.
actually, thats sort of what we have here, just becomes a matter of making mention sends immediate, mention receives immediate and polling private. Also need to auto-tag the reply-to, which i think would be the most complex as if you start replying to posts out of order that could get messy. Also, how do you group message?
I agree it feels pretty heavy for what it is doing, perhaps for this protocol it would have some authenticated version of webmention that would include the body of the message. This way it gracefully falls back to standard webmention.
Made some brownies with peanut butter cream cheese topping. Way too tasty. I feel gross now.
https://kylewm.com/2015/02/repost-of-bill-clinton-jon-stewart-s-departure-raises

For me its 1 remote and my phone. #chromecast :-D Oh and that 1 remote is only for power and volume (sometimes)
@schnarfed created a wordpress Micropub plugin. Cool! https://wordpress.org/plugins/micropub/
https://kylewm.com/2015/02/repost-of-bill-clinton-jon-stewart-s-departure-raises

New version of MobilePub, moving to mp-action and mp-type
Need to quickly test edit and delete, make sure it STILL works. Edit does. As do Delete and Undelete... YAY. note to self, common/home.tpl does not show deleted items any more. need to fix that.
https://indiewebcat.com/notes/2015/02/09/2/

#indieweb Since I don't have edit access to the W3C wiki, here are some additional suggestions to W3C Social API User Stories 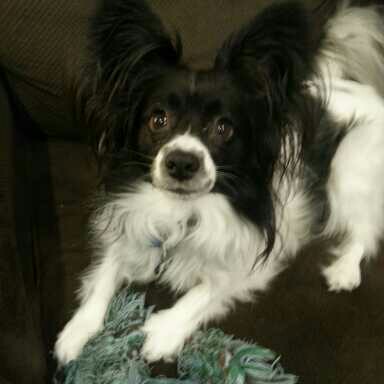 Pause
Hmm had a photo post fail yesterday from mobilepub I'll have to look in to that
http://www.flutterby.com/archives/comments/21022.html

Finished reading Ready Player One this weekend. It was a very fun read. I would definitely recommend it. I would almost worry that it somewhat places itself into a limited audience of the gamers and people who grew up in the 80s, but I think it still has wide enough appeal.
Thankfully I don't have that problem, but my dentist usually adjusts to the person, he makes sure to add a lot for my wife who is super sensitive. Just need to remind them every time.
And there are so many, many stupid crowdfunding campaigns to get angry with.
hmm, it would be a little bit more work, but you could make someone auth to subscribe to your site. I log auth with your site to subscribe, or my site could do that automatically through some endpoint on your site.
https://kylewm.com/2015/01/untitled-2

@SenWarren is fighting for a free and open internet. I have yet to hear something about her I don't like.