Main Feed
Interesting way of coding, but I can see that getting quite tiring fast.
Really need to get my site up and running again, its been partially broken for a while now
So much less time to do things than I would like
1 year ago I weighed in at my yearly physical at 268 lbs. Yesterday I weighed in at 213 lbs. 55 lbs in one year, all done by just improving my diet!
Making sure inkstone still works for me

There has been only a small amount of talk about this previously, but I wanted to bring up discussion of Federation with IndieWeb. This includes all the installs of Known, Micro.blog, and a number of other smaller sites (some 2300). There are several pieces to this.

Currently (as far as i can tell), the minimum requirements for following people are listed here https://github.com/tootsuite/mastodon/issues/1441#issuecomment-302969948

I think it would be useful to allow multiple options for these. h-feeds are pretty well established across all the independent social media sites, so it would be great to be able to use this instead of atom/activitystreams.

Instead of webfinger depend only on existence of an h-card on the url provided. This part would take some working out to figure out how to properly reference the user. My personal preference would be to allow a blank username, so @ben.thatmustbe.me for example, or @@ben.thatmustbe.me.

Require either a salmon endpoint or a webmention endpoint. Webmention is much simpler of a spec and so it has a significant preference for many of the developers.

Along with the last item, we would want to actually send and receive webmentions to actually reply to others and get replies back.

Thoughts on this? How can we take it in smaller steps?

I wish I had more time to be around for it as well. Got some minor updates to JF2 prepped and a bug fix on microformats-ruby parser released.
Hello, Ben Roberts from the Social Web Working Group and Social Web Incubator Community Group and the W3C (that second one is open to the public if you are interested in joining). I was looking for some feedback.

In yesterday's Social Web Incubator Community Group telcon, I brought up the issue of WebFinger. The current implementations have had some differences in how they are implemented. Also there are several limitations to it. Its important to investigate what people are doing and what changes they would be open to.

First of all, I would appreciate some feedback about what exactly your project supports, and second I would like to guage interest in implementing some extensions to it. Anything written to replace it would hopefully still support the existing account structure.

First, What characters do you allow in User Names on your local system? What do you allow for federated user accounts. For example some systems do not let you enter a period in the username, but will accept those that do when federating. Do you allow foreign characters in your account names? Emoji?

What do you allow after the @ sign in remote accounts? Is it only domains? (your software must be installed at the root domain) subdirs? subdomains (I would assume everyone does, but best to check). And again, what do you support for federated accounts. Some systems already allow installs in to subdirectories. If you do support subdirs, how do you reconcile this with webfinger lookup? Is it just looking for the .well-know directory inside of that directory?

My current line of thinking is to extend webfinger with a simpler discovery mechanism such as maybe looking up just fetching template at the location given (haven't determined that part yet). One of the goals of this is to support subdirectory installs and single user domains, or really just plain URLs, but there has to be a mapping between a URL and an account identifier. This creates a few more questions

So I'm keeping this as a fairly general, high level topic.

I'm a member of the W3C Social Web Working Group and the Social Web Incubator Community Group. And there are a number of specs the Working Group has come out with. There are various bits an pieces that can be used separately but I figured it would be good to give some background on them and some of the discussion that is happening. Would love feedback.

First off, the specs from the Working Group.

ActivityStreams 2 https://w3.org/TR/activitystreams-core/
This is essentially a way of expressing activities that happened as a JSON feed. It covers just about anything you could want and has an extension mechanism to allow for custom things outside of it. Currently it doesn't have a lot of usage, but there is certainly interest in it.

Webmention https://w3.org/TR/webmention/ A much simpler version of linkback, its essentially a method to just notify a specific URL that you have an update for it. Usually this is for letting URLs know of a reply to them. Currently used by indieweb, Known, Micro.blog, and a handful of other implementations. It also has a Salmention extension that is effectively a much simpler implementation of the salmon protocol

Micropub https://w3.org/TR/micropub/ This is a client to server API, Again, heavily used in the indieweb and some others. It uses microformats vocabulary to post and optionally update and delete, posts.

ActivityPub https://w3.org/TR/activitypub/ This is a new spec developed within the working group and getting heavily reviewed within the community group now which does include several projects. It has two parts, both a client to server and server to server part.

WebSub https://w3.org/TR/websub/ This is a cleaned up version of PubSubHubbub 0.4. PuSH was never specified under the W3C so it has been an effort to not break any existing PuSH 0.4 implementation but still provide some clearer specification to it. Mastodon should already be compliant.

Outside of the WG, there are other parts
Microformats http://microformats.org/wiki/microformats2 this is sort of the counterpart to ActivityStreams. It involves adding classes to the displayed content on the page, so you don't repeat yourself. This is already in place on every mastodon post and is on Friendica, Hubzilla, pump.io, gnu social, Known, micro.blog, and the growing list of indieweb implementations. Pretty much everyone except diaspora.

Webfinger this is what sort of led me here today as it seems to be the first place to work on future endeavors. As I understand it there were some issues with needing to rate limit the webfinger endpoint, and many dislike the amount of indirection needed for it. The biggest issue has been getting this to work for the other half of the social world that doesn't use acct:// for user identities. The indieweb uses just URLs for identitiy. So aaron.pk or ben.thatmustbe.me. One option is to add some fake bit to the beginning, like aaronpk@aaron.pk, or ben.thatmustbe.me@ben.thatmustbe.me. Gets pretty redundant. And then the issue is that a person has two different ways to refer to them, if you telling someone using Known how to refer to you, it has to be your URL, if its someone on Mastodon, its another way. The other issue is that some people don't even have access to the .well-known folder on their server. This can be a huge limitation for them sadly.

So I was hoping to start here. Can everyone give some general feedback of webfinger.

Sorry for the long post, just wanted to get anyone who cares up to speed.

Argh, I gained this week. Only 0.4 but I have lost the lead at work.
I had never heard of smile.amazon.com, but its a thing. Basically just start at that url and all your Amazon purchases will give a small cut (0.5% I believe) to a charity of your choice. For example, search for 'Keeping Pace With Multiple Miracles Inc' and set that as your charity. If you want to go all out, check out www.smilealways.io. Its a Chrome plugin to always change amazon links to smile.amazon links. cool.
Got Roll For It on today. Yet again @wilw needs to read the rules more carefully
Congrats to my brother in law who will be opening his own business soon in Plainville MA One Up Games

Testing posting my weight from my app

Week 2, and still going strong, even though it was a hard week for me.
Successfully made my first ever souffles this morning... Should have taken a photo before we are them. Side note, my children love souffles.

Week 1 and lost 5.2 pounds... Over Christmas!
Woo! InkStone now works with form encoded and JSON micropub posting! #indieweb
testing a post via JSON in inkstone
To-do: set up inkblot in a docker image. So I A) learn docker better and B) have a better working environment for it.

Start of weight loss challenge
Haha. Yes indeed. Someone made that gif for me when I had mentioned it. Most people don't recognize the movie. Its a shame, it was such a hilarious film.
testing out hubzilla's permalink parsability
testing to see if consumium has webmention support yet
https://aaronparecki.com/2016/12/12/9/my-website

I liked This page. nice write-up

I liked This page. This video had me in stitches.

I liked This page. Cover photo!!!!
We got the cover photo! http://www.enterprisenews.com/news/20161127/west-bridgewater-group-miracle-to-families-with-multiples
It should have reached who you replied to, it also ended up getting in to the #indieweb IRC channel, and I'm not entirely sure how. Haha
https://www.w3.org/TR/webmention/#error-responses

Micropub test of creating multiple photos referenced by URL. This post should include a photo of a city at night.

Micropub test of creating a photo referenced by URL with alt text. This post should include a photo of a sunset. 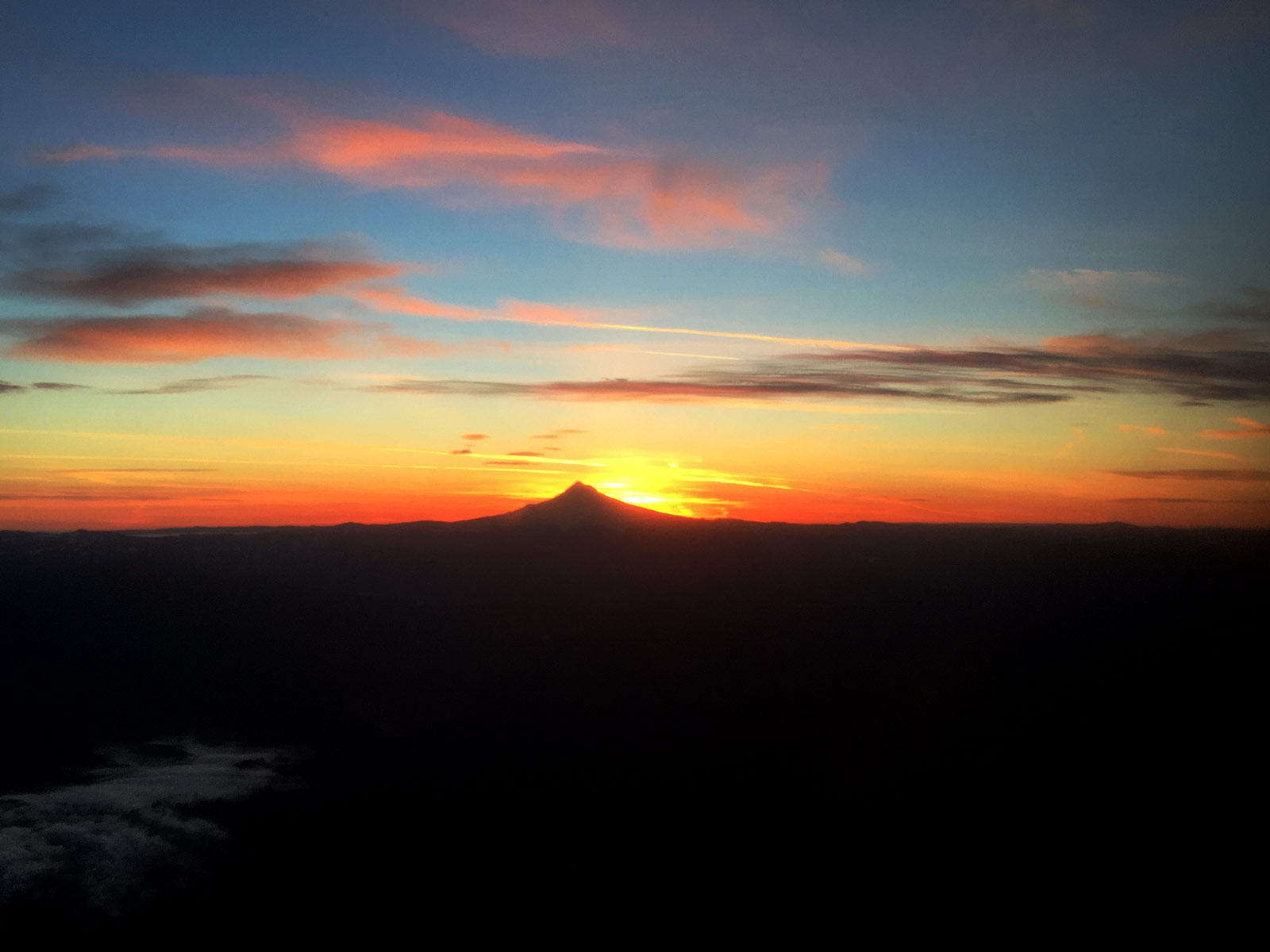 Micropub test of creating a photo referenced by URL. This post should include a photo of a sunset.

Nice sunset tonight
Need to really fix some things up on my setup like html handling in non html posts
Micropub test of creating a basic h-entry
testing testing 1 2 3
It most certainly will be once complete.
No, the location is moving. The observant have already found the new URL for it.
Successful posting from the new app!
Testing something new
Very excited at the idea of mobilepub v3. Maybe a rebranding with it.
Raffles for stuff soon at #devopsdays let's see if I can win stuff a third year in a row. #hattrick